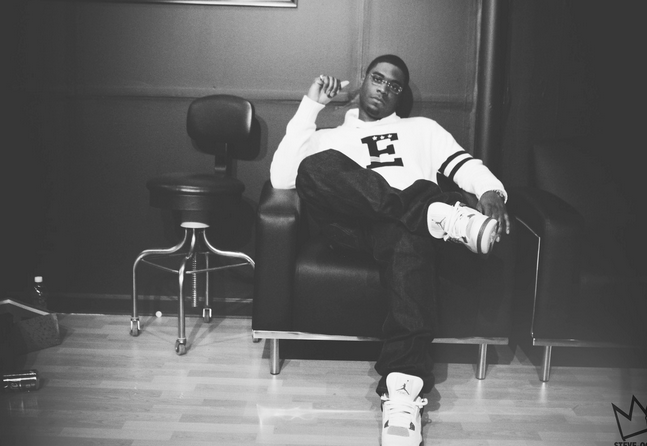 BIG KRIT is a rapper from Mississippi who has 27 years is no longer a rookie but rather an experienced artist, but few know that in europe which is why we make a point of honor to introduce you to an artist who is a jewel. It all began in 2010 when Sha Money XL President of G-unit and co director of Def Jam falls on one of his tracks and decided to immediately sign. Currensy and Wiz Khalifa are among the first to give him a chance on their respective mixtape that says a lot about the image of the rapper who always refuse to make commercial music, this is why his name has trouble crossing U.S. borders, for he who has become the KING OF UNDERGROUND is a genius in writing as they are just in the U.S. but also a great rapper in the song « 1 TRAIN » by ASAP ROCKY featuring KENDRICK LAMAR, ACTION BRONSON, YELAWOLF & JOEY BADASS, Asap Rocky himself during a TV interview OFIVE recognizes itself as BIG KRIT has been the most impressive.

It connects with the latest mixtapes « REMEMBER IN TIME  »
and his first studio album in 2012 «  LIVE FROM THE UNDERGROUND  » that does reap praise from observers and was number 200 on the Billboard no radio singles some already see as a legend of the class of UGK, OUTKAST or SCARFACE.
It has announced the release of his new album « CADILLACTICA » this fall including the first single « MT OLYMPUS » (see playlist below) which is already the rage in the U.S. thanks to its powerful lyrics and intense flow for 4 minutes!

I HOPE YOU ENJOY THIS SHIT