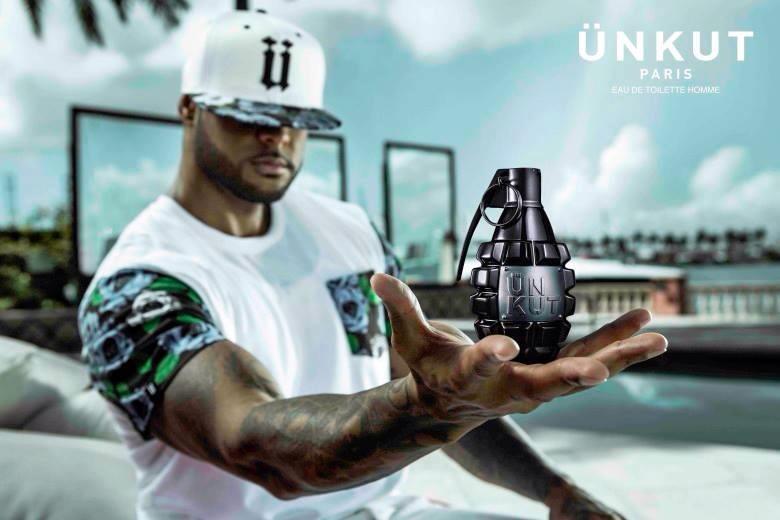 In his single « La Mort leur va si bien » Booba says it « smells fir for its competitors ». But obviously, this is another fragrance that floats in the rap game.
Whoever proclaims No. 1 French rapper has no competitor in the business plan.
He continues to advance its brand Ünkut. The clothes look more mature and now he attacks the cosmetics market by launching her own perfume.

Perfume Ünkut – shaped grenade – will be available for pre-order from April 15 to May 31 on the official website of the brand. The product will be delivered from June 1.

The athlete has overdeveloped pectorals, but not that. Business acumen continues to bring him, since 2012 it is estimated that its mark was reported between 5 and 10 million euros.
Love it or do not like the Pooh can do about him, and so lucrative.
Some should emulate.