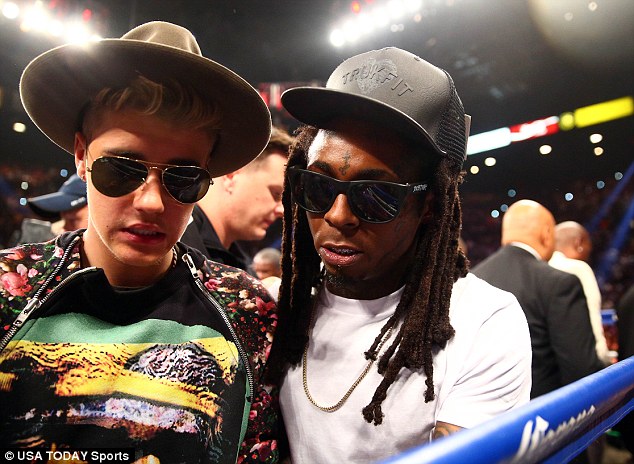 That night stayed in front of the TV to watch the boxing match between Floyd « Money » Mayweather and the Argentine Marcos « El Chino » Maidana.
With Money, the pre-fight show is guaranteed: theatrical entrance, music, games of light, something outrageous …

For this exercise, Floyd has chosen to make its debut with Lil Wayne and Justin Bieber.
It has an appearance while Weezy sang his last song « Believe Me « (without Drake).

Yesterday for weighing, it was Rick Ross and 2 Chainz who accompanied him to the balance.

Result: Floyd Mayweather is named the winner of two of the three judges.

However, before the main event, the boxer Adrian Bonner, a member of the Money Team, faced the Mexican Carlos Molina.
Partner Mayweather chose Rick Ross and his track « Box Chevy » to make his ring entrance.