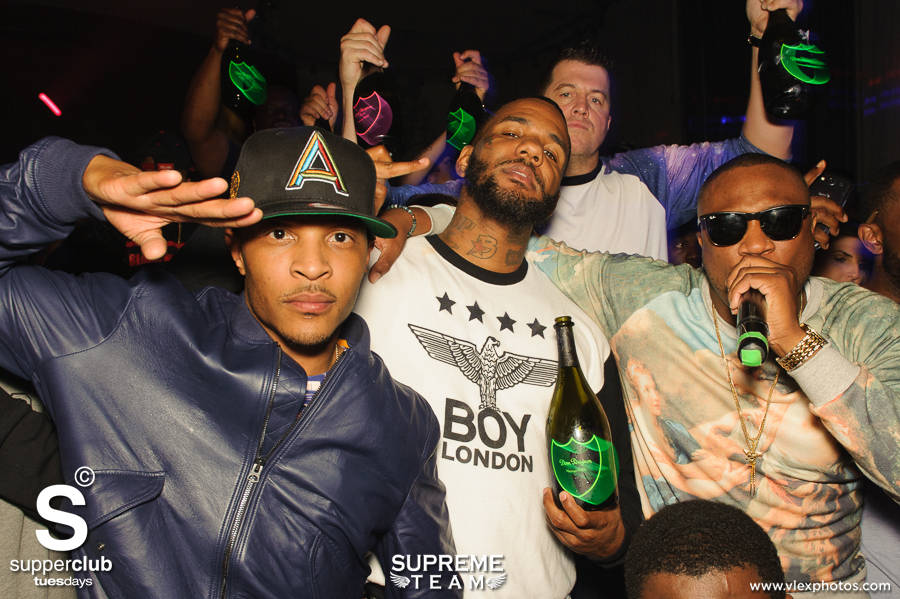 Last Wednesday, leaving a night club, Game & T.I had some problems with the Supperclub security and the L.A.P.D

Some friends of the two artists cannot enter the club because those guys already had problems with the security before.
A punch – which has slammed – is given to a member of the security (you hear at the beginning of the video below).

Security stop on the ground one who put the first shot

Police were present for the facts involved. Game & TI go out of the club thinking that the security heat her buddys. Tension Increase !
The cops pull out their batons and both parties insult themselve.
Game look very angry and T.I try to understand what happen.

Then, the two man were taken to the Hollywood Police Station.
Finally, both parties have seen fit not to pursue the matter.
For two reasons : Game & T.I supposed to be nice clients for the Supperclub and her image don’t need a trial for night club fights