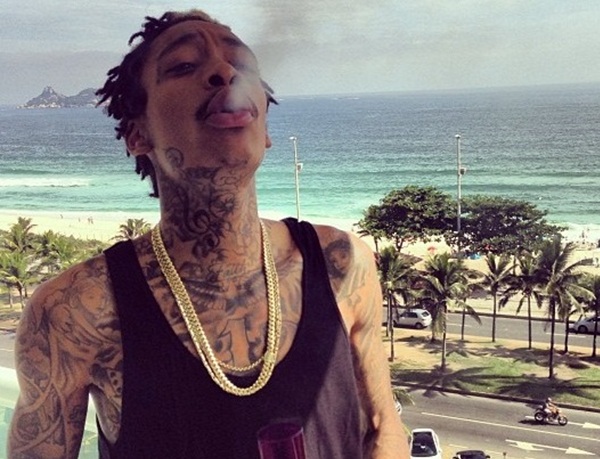 Wiz Khalifa just released his mixtape 28 Grams . The concept is as follows: 28 g of grass for 28 sounds. I leave you download it and make up your own mind on this project .

But recently, before the release of 28 Grams Wiz found himself in custody for … [PENDING UNTENABLE] … Illegal Possession of marijuana! And yet it is not kind. He even wrote an article that you presented in our section Music Magazine about it.

While he was in cell Wizzle has managed to tweet pictures below:

Pretty ridiculous situation for the police that is supposed to retrieve your belongings before you lock. Apparently there was a failure on this rule and Wiz had fun for our pleasure!