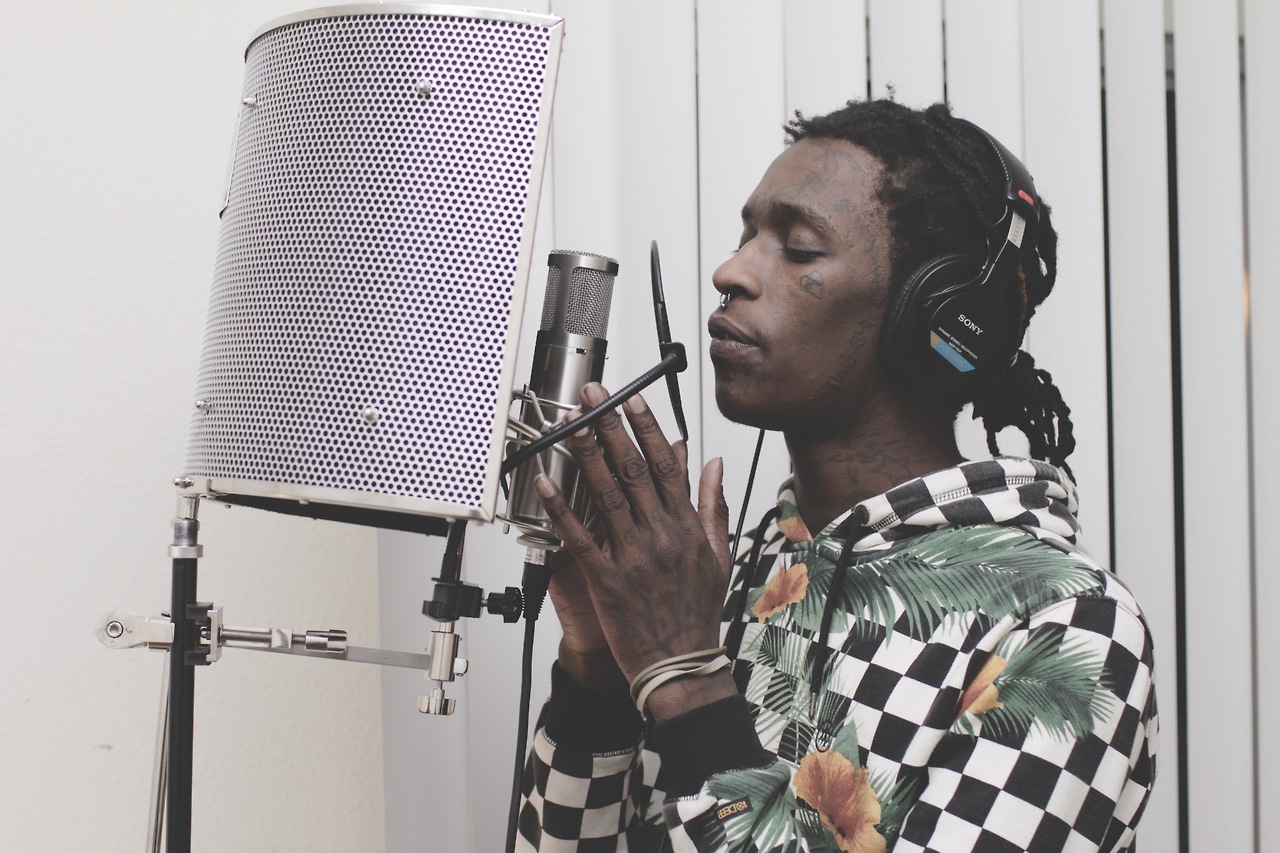 Young Thug has made such remarkable impressions in the rap world it hard to just ignore who he is. If you dont know who Young Thug is then you mist have been a coma. The Gucci Mane protege has two song out that leaves most of wanting more, « Stoner »and « Danny Glover ».

What make Young Thug an awesome artist is his untamed flow and wild deliver. His artistry is abrasive, obnoxious and sooooo addictive.

But what really makes Young Thug career so interesting, is that he will be the first openly gay gangster rapper to gain national notoriety. Like so many music artist, like A$ap Rocky and Kanye West, Thug wear alot of feminine clothes….. To make one thing clear a person’s wardrobe does not determine their sexuality.

Then , he puslished a photo of a friend in a hospital bed and he write in comment « Me and my LOVE !! »

In honest opinion maybe in Young Thug’s bluntness, he showing that the first openly gay rapper won’t have to announce it to the world, but just be himself and let everyone else worry about freaking out.

Gay or not he is an awesome rapper and you cant help but to hear what he have to say in his music. In a world where the gay community is the majority and everyone else is the minority there is no room for prejudice when there is good music to listen to.

Do you feel that being an openly gay music artist make a difference in whether you like their music or not?